I flit in and out of wondering about and wanting to do it.  But each time I step out on to that skinny branch to take the leap and say that I do, it feels like a great big hook on the end of a great long fishing line pulls me back.

Many people say that you can just ‘decide’ or ‘choose’ or ‘don’t wait’ to do something.  And I believe that in most cases that can be true.  However, when it comes to forgiving, for me anyway, it definitely doesn’t feel that easy.  And while it is beginning to feel easier as I build up confidence and courage to put myself out to that vulnerable place, I am not there yet.

In between the humming and popping of the lawnmower and while I untangled weeds and revealed hidden roses, I continued to listen to Brene Brown and she once again made sense of my quandary and current ‘rumble’ of a story.

“In order for forgiveness to happen, something has to die.”  And just as Brene gasped when she heard those words for the first time, so did I.

When someone or something we love is lost forever, we feel pain, we lose energy, we question what is going on, we release anger, frustration, curl up with guilt…all of this, I know, is the intricate recipe of grief.

I took to my bed for a day or two each time I saw my Mumbo in the mental hospital, feeling all the daggers of grief. I took to my bed for a whole week when she was finally released from this world, hiding from the world and from myself and the guilt I felt for the relief that entered my mind, and the pain of the big hole she left in my heart.

I took to my bed for weeks, and many days in a month after my heart, family and belief in love was shattered in to small pieces after the death of my first marriage.  I lived under the ocean of shame that collected anger, frustration, deep excruciating pain, hatred, loneliness, loss and heartache as the days melted into sleepless nights.

When something dies, we grieve and as Brene made so clear, as I broke the back of the gardening, grief is the biggest barrier to forgiveness.

Neither grief, nor forgiveness can be rushed.  As Desmond Tutu has said, forgiveness is often more to do with self care, detaching oneself from the perpetrator of hurt.  In that space, you can grieve selfishly, until you are ready to move on and recreate what has died or what has been lost.

As we continue to recreate the trust that has been obliterated and refashion the love that was once young, innocent and naïve into a more mature, understanding, appreciative, grateful love and so that the grief softens we can create a space for me to be able to forgive.

“Forgiveness is about death and rebirth.“ 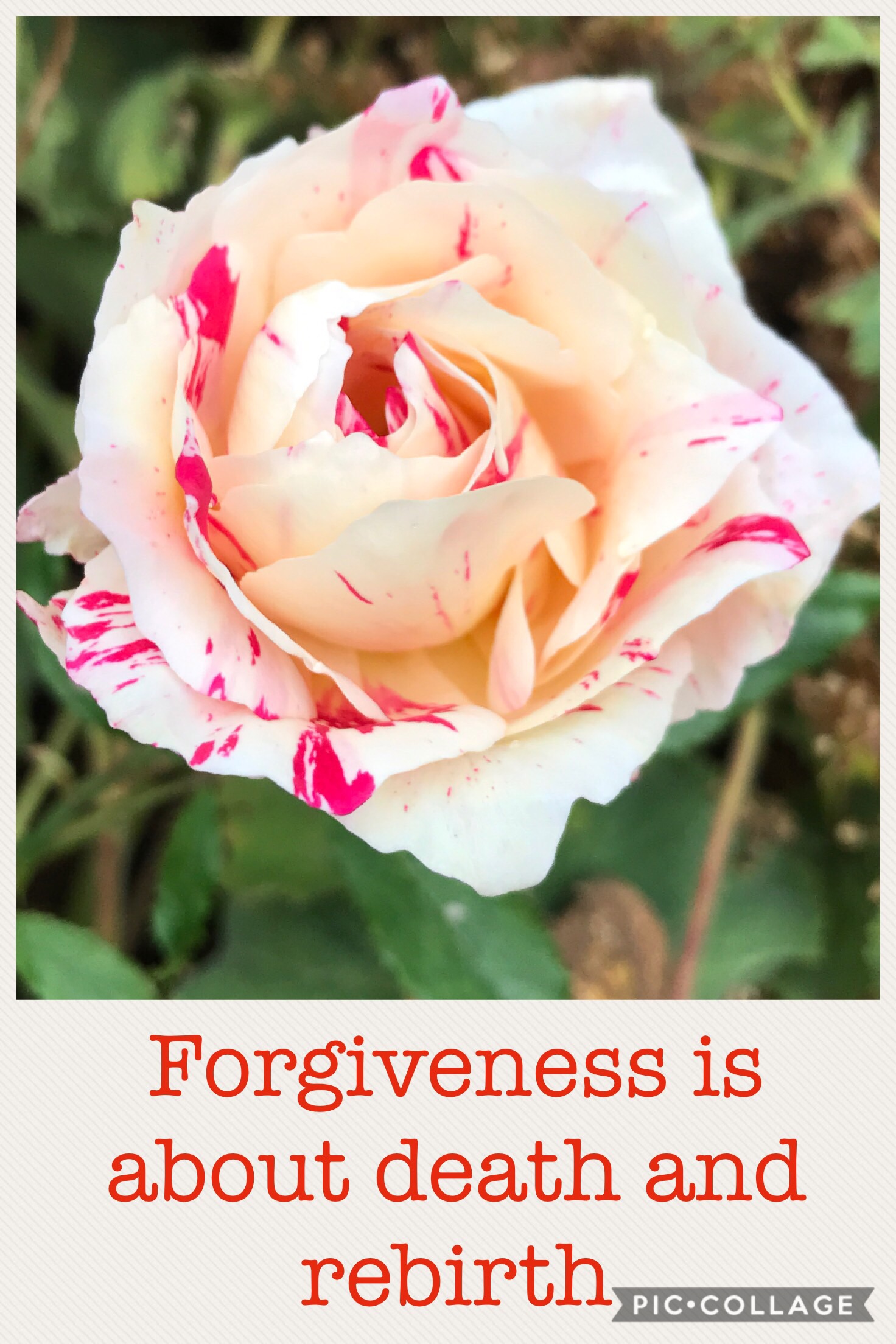